Gannets were not mentioned by Captain James Cook during his coastline visit in 1769 which leads us to assume that they have not always been present in this area.  Gannets were first noted at Cape Kidnappers in small numbers in about 1850 by Henry Hill, a NZ naturalist.

The Australasian gannet (Takapu) is one of three species of gannet which belong to the booby family.  The Cape now accommodates over 20,000 gannets at peak time, spread over four main nesting sites – the Plateau, Saddle, Whalebone Reef and Black Reef colonies.  Gannets are found in other areas around New Zealand, and around the globe (usually on off-shore islands) but Cape Kidnappers’ claim to fame is that it is the largest mainland nesting site in the world!

The gannets are present at the Cape from August to April of each year for the sole purpose of breeding.  At the age of around 15-16 weeks, the chicks will take their first ever flight – a solo instinctive migration of around 2,800km to Australian waters.  The mortality rate is high with around 70-80% perishing before they have a chance to return. Those that do survive will return to their birth colony at around 2-3 years old, complete with their beautiful adult colouring.  They will then spend the rest of their lives in this area – on land to breed, and New Zealand sea-waters for the winter months.

Gannets are an impressive sight with their defined markings, colouring and their superb elegance in flight.  A diving gannet is a sight to see – they can hit the water at speeds of over 100km/hr! You will see gannet pairs rub their heads and beaks together, preen each other and bow and call to each other – this is done during courtship or when one partner returns to the nest.  Gannets normally mate for life.

Their tolerance towards visitors allows us to get very close without causing disturbance. 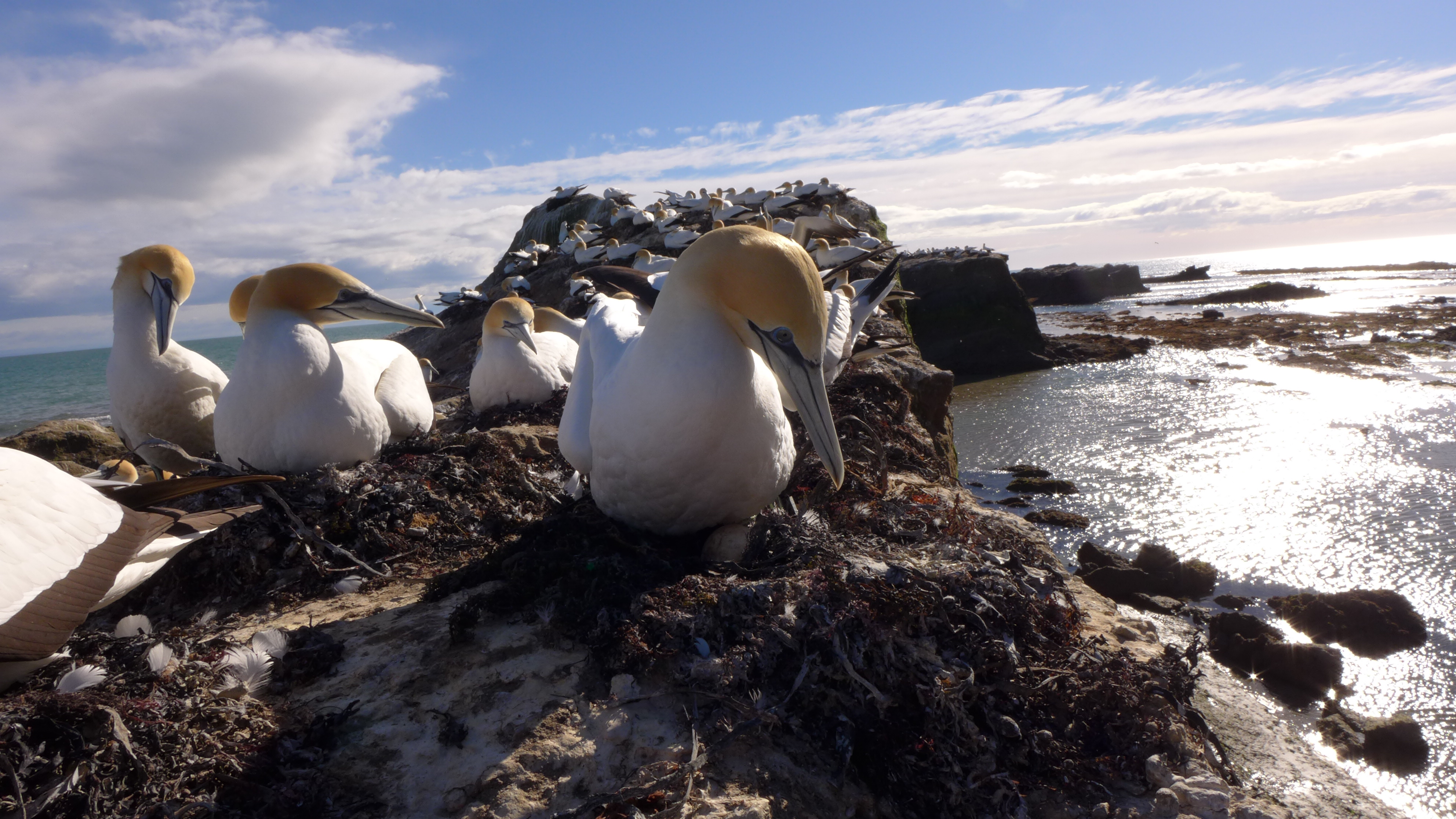 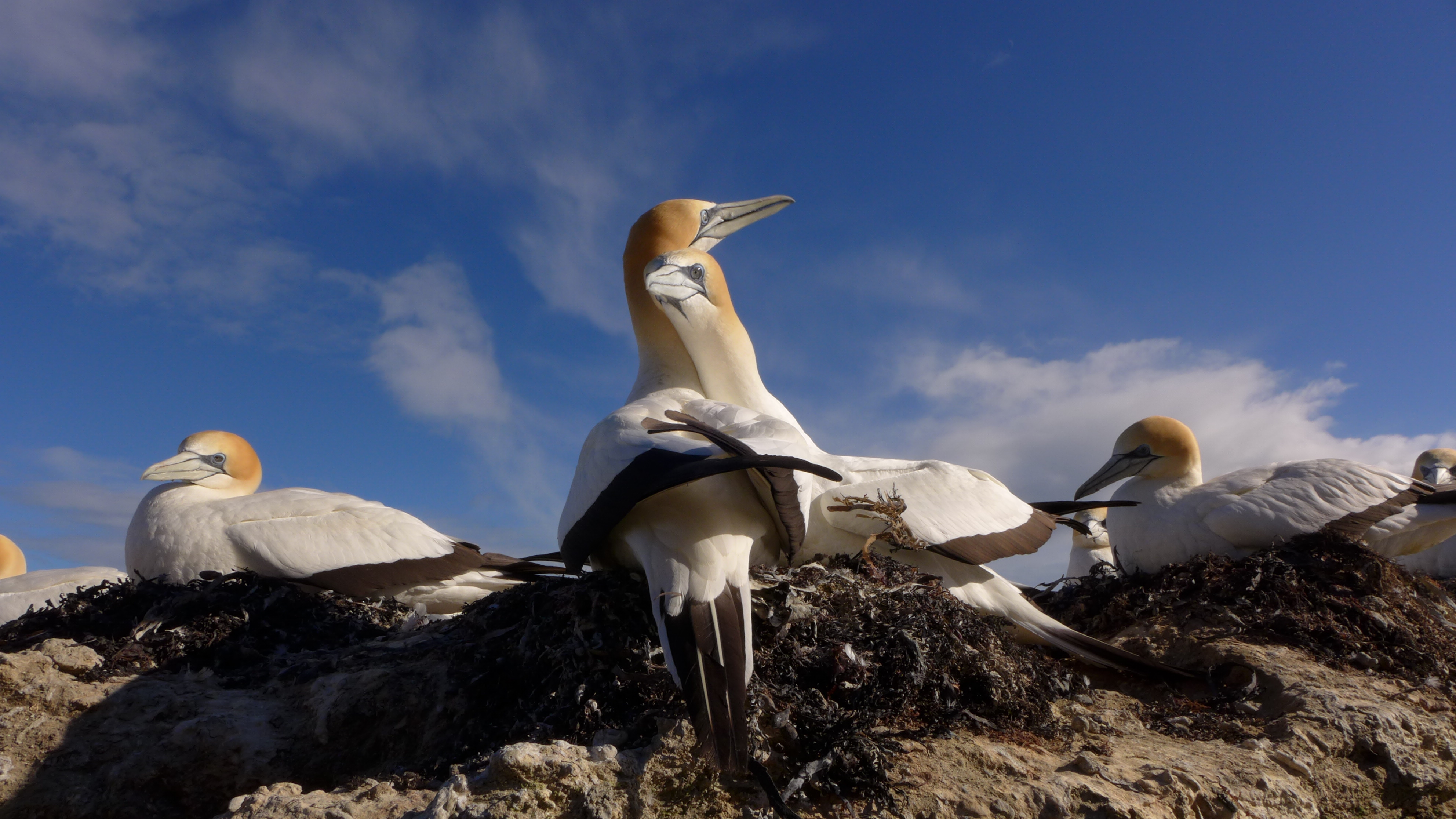